How much faster Road Bikes are Than Hybrid – 2020 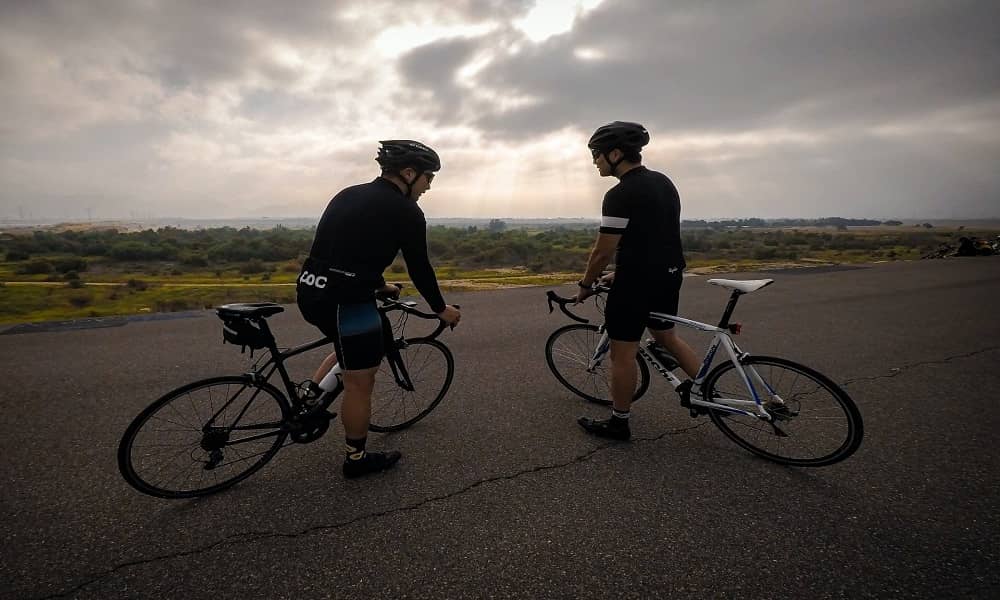 It is a peculiar question to ask, isn't it?

But Hybrid bike riders usually have this question often. "How much faster is a road bike is than a hybrid bike?"

Well, you know that Road bikes are faster than Hybrid. You don't need to have knowledge of Rocket Science to know or understand that. But when the question is about numbers then it's a very difficult question to answer.

Bicycle speed varies by riders. Not all riders can ride with the same average speed except for group cycling.

Thus the average speed on a bike varies by riders and depends on too many things. We will discuss all these but first, we will have some basic knowledge on both Road Bikes and Hybrid Bikes.

Road bikes are all too popular to the cyclists for the speed and performance. This stylish bike is made for racing thus speed. The average speed of a road bike can be 10-12 mph for a casual rider but it will increase to 15-20 for an experienced rider. By a road bike, you can cover almost 10 miles or even 40 miles quickly.

But the main difference anyone can notice is the Handlebar

The drop handlebar of a road bike is unique and provides its rider with a more aerodynamic position. But you can swap between hand position upon your preference while riding. There are three different hand positions for road bikes.

On the other hand, the straight handlebar of a hybrid bike is familiar and provides its rider with a more comfortable upright riding position.

Road bikes are mainly for plain paved city roads and highways. You can't ride a road bike in dirty country crossroads. It will be a matter of discomfort and can give you pain in muscles.

On the other hand, hybrid bikes are built to ride on any type of road even the very dirt tracks. Thus with a road bike, you really don't need to worry about roads. Paved city roads, highways or dirt country crossroad, you can ride comfortably with your road bike everywhere.

If you ever switch between a road bike and a hybrid, you will easily find 3-5 mph difference in speed. In paved tracks, a road bike can easily win against a hybrid but in Unpaved dusty trails hybrid can easily beat a road bike.

Why road bike is faster than a hybrid?

Road bikes are much faster due to its design. Its drop handlebar makes an aerodynamic advantage to the rider. This means the rider will face less wind friction and go faster like a plane. The latest road bikes have super lightweight carbon frames that make the bike weight like cotton which allows its rider to gain the fastest speed easily.

These days carbon handlebar, carbon wheels and even carbon seat posts are available for road bikes to weigh less than 25 lbs.

The aluminum options are also available and don't weigh much compare to carbon wheels.

The low bottom bracket position of a road bike also helps with the aerodynamic advantages.

The higher seat post position helps you to lean forward and give you much more speed.

The overall design of a road bike is built to reduce drags, gain speed and keep up with the speed.

Road bikes are built to run on paved roads effortlessly. No other bikes are as fast as it on paved roads. The racing mechanics, Aerodynamic position, narrow tires reduce road drag and friction including air friction in an unimaginable amount.

The 700cc tires provide good balance and stability at a much higher speed. This slim tire also helps in quick acceleration and keep up with the speed.

Road bikes tires are weightless that wide tires. Though less weight doesn't seem anything but it can make a snowball effect.

The bigger chainrings of a road bike are very unique and different from any other bikes'. Hybrid bikes chainrings are made for taking loads and it doesn't use pedaling power as efficiently as road bikes.

Thus Gear's position of these bikes is very much different. One is built to take loads and power and the other one is for speed.

But keep in mind that gears on bikes vary by different manufacturers.

As gears help to ride on the uphill, downhill and some time to gain speed, You should choose gears according to your preference

All we talk about the mechanism for being fast, now we will talk about how human strength affects you in speed.

Though Hybrids are not built for speed as road bikes, but this doesn't mean that you will be able to keep pace with road bike's speed.

In fact, in group rides, you might find people riding hybrids with road bike riders who are easily keeping pace with them.

It is true that riding a hybrid bike requires more energy than a road bike but the difference is not that great is hardly felt while riding at speed. Depending on riders it varies much though. You can't differentiate between a professional road bike and a hybrid cyclist on a large scale. But a good road bike will always faster at an average speed of a minimum of 2-3 mph than a hybrid for casual riders.

Times even second matters when you are trying to get the best from your commute. Though Speed is not more important than Life, it counts when you are racing or on fast delivery. Depending on your cycling skill, the speed of these two bikes will matter.