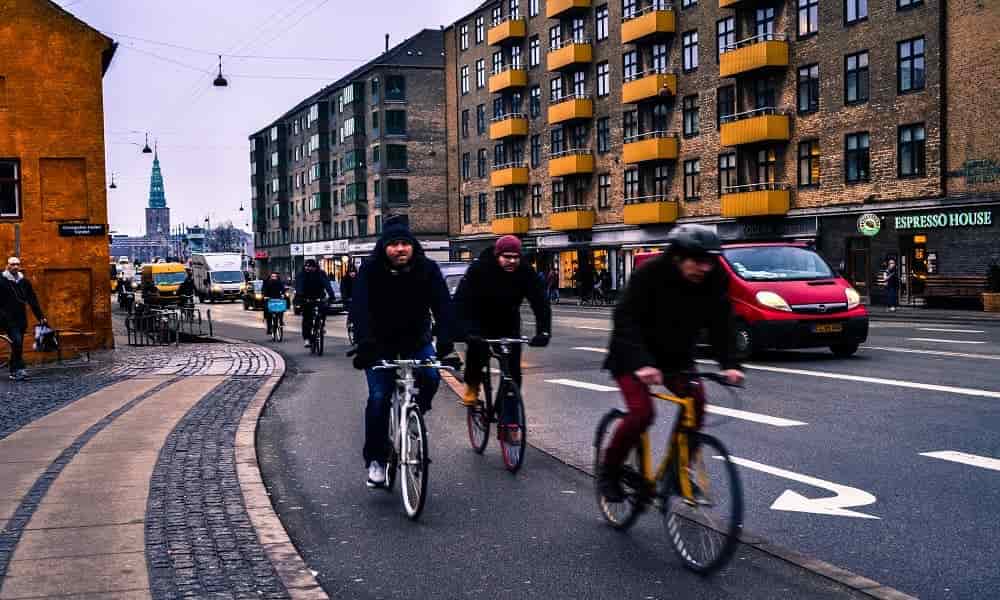 You are probably wondering about buying a Bicycle but various types are confusing you. Right?

There are so many different types of bikes that you feel confusing which one you should buy? Which could be more suitable? Which could meet your needs? You have so many questions popping in your head. No worries, this blog is just for you. Keep going and your confusion will fade away.

Right into the Genre

A BMX bike is a smaller size bike that almost looks like a kid bike with smaller wheels but these are not just for kids but for the people who do stunts. They are main to ride on dirt tracks.

Road Bikes are thin-shaped lightweight bikes with bigger wheels size that mainly focuses on the long rides on the paved roads. Keep in mind they are not for riding on off roads or country cross.

Hybrid bikes are the combination of Road Bikes and Mountain bikes that mainly focuses on the riders who love combine experiences on both Country cross and paved road tracks.

These Bikes are most moderns and don’t look like any kind of similar bikes such as BMX, Road or Mountain bike.

Let’s get into direct discussion

Why a BMX Bike?

From the above discussion, you already have the idea of why BMX cycles are brought and rode for. Yes, you are right they are for Stunts. So as a beginner, you could think of buying A BMX bike for your daily communication. But it will be a bad idea.

BMX is not for traveling. So, if you just want to do stunts, then BMX is an option for you. But if you want a bike to use in your daily communication then BMX is not an option. I am repeating again, BMX is a stunt bicycle used to ride only in dirt tracts. So, you like starting to do stunts then go get a BMX.

Why a Road Bike?

You probably have seen a lot of videos of cycle races in TVs. Yes, the cycle they used there are manly road bikes as road bike racing is very popular all over the world. Besides that, Cyclist riding in a group in a large national park also uses Road Bikes.

Why? It because the lightweight of a road bike provides comforts and speed in a long time traveling that no other kind of bicycle provides.

But tiding a Road Bike on off-road or country cross mud road is not suitable. It’s disturbing and hurtful and moreover it is not good for your health.

So you just live in cities and there is no rural road around you and you don’t have plans to ride in the country cross then Road Bike is perfect for you.

Why a Hybrid Bike?

Getting a hybrid bike is the most idea if you love traveling and willing to bring your bike every places. A Hybrid bike will provide you the comfort of traveling in all kinds of road except for Rocky dirt roads. It’s not that you can’t ride it on rocky roads. It just will not as comfortable to ride a mountain bike on that road.

But Hybrid cycles are getting popular nowadays. As most people finds a single solution to ride on both paved and country cross roads by riding a hybrid. Though a Hybrid bicycle might cost you more but you never have to worry about the roads wherever you travel.

The Comparison of these three

Yes, you can. Just imagine riding a kid’s bike for traveling. For example, going office from your home by riding a kid’s bike. It won’t just be awkward-looking but also tiresome. So, it’s not an option to go for a BMX unless you do Stunts.

Basic stunts such as Stope or Wheely can be done by a Road Bike. In YouTube videos, you will see professionals are doing some extreme, unique, and dangerous stunts with road bikes. But it’s not recommended unless you become pro.

3. Can I do stunts with a Hybrid Bike?

Yes, but the same as above not recommended.

4. Can’t I ride rural country crossroads by a Road Bike?

Yes, you can. But as Road Bikes don’t come with suspension it is too hard to ride on a country cross as the road is not that plain. If you do it regularly with a road bike it might give you back pain and some other health issue. So, it is not recommended.

5. Can’t I join races with a hybrid bike?

For bike racing, there is a particular type. You can’t just join in a bike race with a different kind of bike and for hybrid, there isn’t any international race yet.

Which one I should grab?

There is no fixed answer to this question. It depends on many things as we discussed in this blog. Professionals have various kinds and they prefer riding with the more suitable one depending on the road and groups they are traveling with. But most of the people can’t afford more than one cycle.

If you are willing to buy a bike only to stunts and with your friends only on dirt tracks then grab a BMX is the best option for you.

If you will only communicate with your bike in cities and have no plans to ride on the country cross then a road bike is the best choice for you.

But If you have plans to ride countrysides often then going for a hybrid bike is the smartest choice. Though hybrid bike price is a bit high and for some unaffordable. For that case, mountain bike is your option.

It will be a suggestion to save a bit more to increase your budget and then grab a Hybrid bike. As Hybrids are suitable for all kind of roads, you don’t need to worry about to bring you bike where ever you like.